Unfortunately, when people use the term EMC in the context of Electromagnetic Resilience, it tends to cause confusion with EMC Risk Management even though these two different concepts are separated by about 5 orders of magnitude!

During the PETER Network Wide Event at Barco (Belgium) on the 4th and 5th of February 2020, I heard many people using the term “EMC Risk Management” when they actually meant Electromagnetic Resilience. It is very important indeed never to confuse Electromagnetic Resilience, with EMC Risk Management, especially when dealing with safety- or mission-critical applications.

The issue with the other phrase: ‘EMC Risk Management’, is that people automatically tend to link this to the existing EMC regulations. However, EMC regulations – and more specifically the EMC Directive – state themselves that they are not dealing with safety:

This Directive should not deal with the safety of equipment, since that is dealt with by separate Union or national legislation. (Clause 13 from the EMC Directive)

Hence, in this context, EMC Risk Management means the “Risk Management of EMC”, which is only concerned with the risk of a thing not complying with the EMC Directive or similar EMC regulations.

EMC regulations usually focus on whether equipment would pass specified emissions and immunity tests, and a risk of failure of, say, 1% or less, would usually be considered very acceptable.

Hence, EMC Risk Management for the EMC regulations: a thing can pass all relevant EMC tests – but still be too unsafe in operation!

On the other hand: Electromagnetic Resilience is only about managing Functional Safety risks, and ignores everything about complying with EMC regulations.

A likelihood of deadly failure of less than one in ten million per year is generally acceptable for Electromagnetic Resilience. Larger risks need justifications based on the value of the extra lives predicted to be lost.

We can see that achieving Electromagnetic Resilience is about 5 orders of magnitude (i.e. 100,000 times; 10^5 times; 100dB) more difficult to achieve than EMC Risk Management for the EMC regulations!

Electromagnetic Resilience: a thing can be Functionally Safe enough – whilst failing all EMC tests!

Unfortunately, when people use the term EMC in the context of Electromagnetic Resilience, it tends to cause confusion with EMC Risk Management even though these two different concepts are separated by about 5 orders of magnitude!

For these reasons, I always strongly recommend that the term “EMC” is never used in any context other than that of regulatory EMC compliance. And that “EMC” and “EMC Risk Management” are never used in the context of Functional Safety risks.

If you have any problems with this issue with anyone – whoever they are – please refer them to me. Many thanks in advance!

About the Author: Keith Armstrong 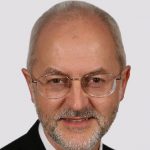 Keith Armstrong graduated in 1972 from Imperial College, London, specialising in electronic design and field theory. After working in several countries, he joined the first pro-audio custom-mixing-desk manufacturer to use digital audio. Five years of intense work resulted in the ability to design the lowest-noise A-D convertors correct at the first iteration, with the most sensitive analog and digital circuits on the same ground plane. Later, Keith added switching power converters to his ‘right first time’ approach to Signal Integrity and Power Integrity.

When manufacturers began testing to the EMC Directive, those using Keith’s SI and PI design approach found the EMC tests easy to pass. This became the basis of Keith’s independent company, started in 1990: Cherry Clough Consultants (after his house – a “Cherry Clough” being related to the Norwegian Viking phrase for a valley with cherry trees).

Enough of Cherry Clough’s 800+ satisfied customers worldwide have adopted Keith’s “Good EM Engineering” approach that it is now well-proven to be cost-effective in all applications, with even the very toughest EMC standards, up to 24GHz (so far!).

Since 1987, Keith’s IEE, IET, and IEEE Working Groups have created the brand-new safety-engineering discipline of managing the functional safety risks that can be caused by EMI. This is hugely important for future safety, most especially as regards autonomous systems, such as vehicles.